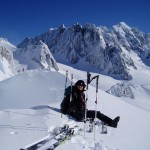 Mid way through August and just a couple of weeks left for climbing in Europe before the Alpinism & Ski team is heading back to New Zealand for ski touring adventures in the Southern Alps. We have heard that not too much of the white gold has been accumulating over the last few weeks but don’t despair. It is very common – at least during the last few years – that snow is arriving with our return. Keep up the fitness sessions to get out and play in the glorious Wilderness of New Zealand’s South Island. We do have mountain guides available for end of September as well as all through October and here some photos accumulated during one day ski touring adventures in the back country near Wanaka and Queenstown: 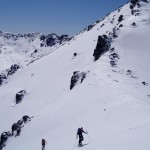 One day ski tour on Remarkables 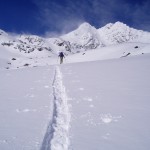