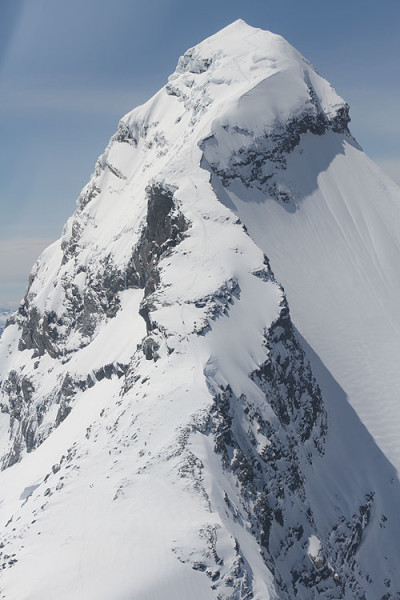 On the 11th of December Mountain guide Gary Dickson and kiwi client John flew into  Bevan col looking for a reasonable break in the current weather for a Mount Aspiring ascent attempt.  Unfortunately the weather gods did not play ball and the two mountaineers walked over to Bevan col 4 days later in ‘interesting’ navigation conditions and  later flew out to Wanaka.  Even though it was a dissappointing trip not to have summited, it was a good trip into the hills with plenty of good hut comraderie, photo opportunities and technical skills updated for John.

Comming up in January, return Alpinism and Ski client Anthony will be jetting in from HongKong for a week of ascent action with Gaz. 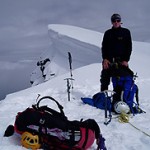 John having a break on the quarterdeck glacier 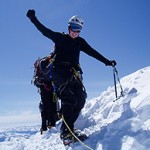 A very happy John on the summit of Mt Aspiring 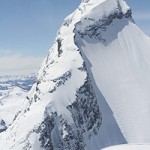 On a clear day in November, long term client and friend John achieved a massive personal goal of climbing a major NZ peak. His ascent of Mount Aspiring was a daunting idea as john is primarily a skier( having done a number of ski tours with Alpinism and Ski) and has a bit of an issue with heights.  He found out that it is only exposed ridges that he doesn’t really like that much and actually had a marvelous time on Mount Aspiring. Well done john. 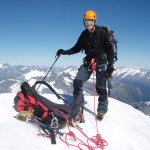 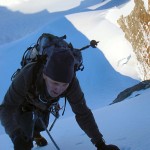 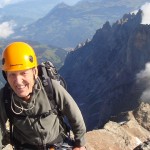 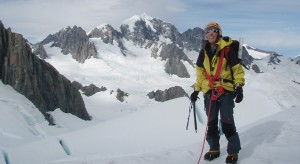 Malcom from Ashburton and Gary came back yesterday afternoon from French Ridge hut. After a few days waiting for the clouds to part, they flew up to Bevan Col with Charlie from Aspiring Helicopters on Friday evening. They had Colin Todd hut all to themselves and climbed Mt Aspiring on Saturday. No other climbers in sight, an extraordinary event. 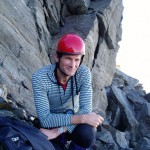 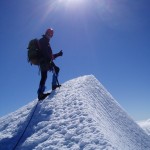 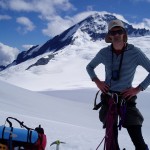 a happy mountaineer with Mt Aspiring

Last weeks fabulous weather conditions for mountaineering allowed our team with Gaz and Mark from Christchurch to climb the ‘Matterhorn of the South’. Mark’s first attempt ten years ago was swarted by the weather gods so this time round it’s ticked off and here some photos: 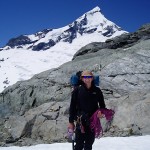 The goal of this trip, climbing Mt Aspirng via the NW ridge 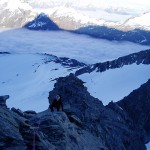 Guided ascent up the NW ridge of Mt Aspiring 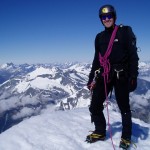 a happy mountaineer on top

The September tour is run by Gary Dickson and Dave Alderson is available for the October trips, get in touch now for your adventure in the backcountry – if you need some inspiration and a taster, here is ouryoutube on ski touring, kindly updated with our new logo by Gordie Smith

For any other dates, let us arrange your private adventure, touring the back country on skis or snow board, check out the web page for more information. 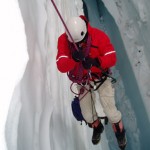 Craig doing some "prussiking' and part of crevasse rescue training 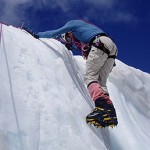 Learning to use the front points of crampons - ice climbing technique 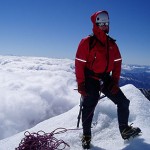 Craig is a man on a mission – soon to turn middle aged, he is keen to celebrate  this milestone in his life with an attempt on NZ’s highest peak – Mt Cook.

So a training course and a fitness check was put together by Alpinism and Ski in the form of a mountaineering course based at Colin Todd hut  with  Mt Aspiring  at the doorstep.  Rope work, crampon technique, snow and ice anchors, crevasse rescue, rock climbing and mountain weather were some of the many topics covered on the course.  A climb mid course of the full NW ridge route on Mt Aspiring being a bonus to a fantastic and challenging week for Craig.

Now it’s back to Auckland to juggle family and work commitments before looking to the future – a Mt Cook attempt Nov/Dec 2010.

Colin Todd hut is full: camping is the solution 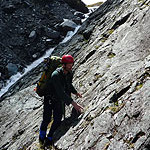 Mid January, Malcolm from Ashburton came down South to have a go at Mt Aspiring with mountain guide Dave. The weather gods provided tricky conditions for their goal but the team enjoyed climbing Rolling Pin and Mount Bevan during their 5 day trip. Photos by Dave Alderson 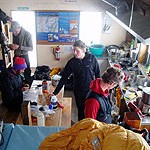 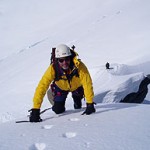 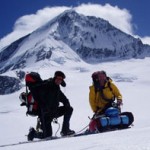 Monty, Mick and Gaz had a wintery week in the Mt Aspiring region, honing rope skills and practising crampon techniques. They ascended Mt Rolling Pin in beautiful weather and enjoyed superb snow conditions. The glaciers are well filled in after a good snow winter which makes travel and navigation nice.  The next day, they attempted the “ramp” route on Mt Aspiring, but had to turn back after 8 or so rope lengths on the ramp due to rapidly deteriorating weather. However, it did give their skills a good workout and the climbing was enjoyable – again excellent snow/ice conditions  for climbing.

The following day in extremely windy conditions, they traversed the Bonar Glacier, grabbed a quick ascent of Mt French and descended down the well filled in Quarterdeck Glacier to French Ridge hut. They enjoyed sunning themselves on the outside deck, and enjoyed the slightly warmer weather. Due to a poor weather outlook for the mountains the team decided to head out to Wanaka for a shower  – in the evening, the trio, iris and 6 ‘yankee’ lads (who where also up at Colin Todd hut) got together at the Alpinism base for a BBQ of superb meat, salad and cold ones.

They hit  the rock climbing next day, doing 7 routes.

On the last day of their trip they got and early start and headed over to the Remarkables for some further  cramponing practise. It was gale force winds up on Single cone ridge, so they abandoned the summit, but had a great morning anyhow. A beer was had at the Famous Cardrona Hotel on the way home.

Before heading back to Aus, Mick and Monty sussed out some local tourism entertainment for some inspiration, and attempted to track down a Queentown sculpture artist.

As usual, a lot packed into a week